a professionally restored 1973 Yamaha RT3 two stroke dual sport bike from back in the day. I had Mike Tillman restore this bike in 08 and have had nothing but good times since he laid his magic hands on it for the last 870 miles. The bike is a show winner at the VJMC show here in Northern California and would make a great addition to anyone’s collection. Mike is well known and highly respected in the VMX series as he has restored bikes for Brad Lackey among others.  He has restored many, many bikes and runs an independent Porsche repair shop during the week. The biggest difference he provides compared to your random bike restorer is his motor work. This bike does not leak, ping or pre-ignite, run hot, leak gas or oil, have starting difficulty when hot or cold, have a difficult clutch that slips or pulses when hot, etc. I also have new motocross and street bikes and the transmission on this bike is simple to find neutral while the bike is running, never jumps out of gear, and is comparable to my 2015 yz450f for simple trouble free shifting. The bike runs better than new and goes like stink. I did replace the 14 tooth countershaft sprocket with a 15 tooth to give it a taller final gear for the rare occasion I get on the freeway. This seemed to help around town driving too as you don’t have to shift as much.  The 73 is the last year of the good 360’s and arguably the best looking with the beautiful copper color paint and Nike swoosh stripe that is exclusive to the 73 model. The reason I went to all the cost to have this bike restored is I feel it’s the best of all the RT/DT series bikes due to the paint and full strength motor compared to the smaller cc bikes and the later de-tuned 360 models, obviously this is my opinion but shared by many I’m sure. The paint is drop dead gorgeous on a sunny day!!!!!! 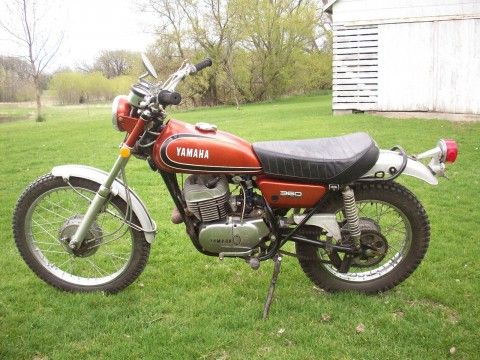 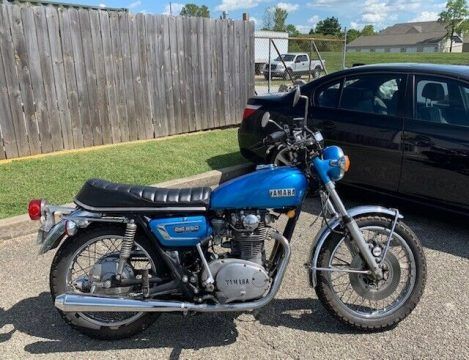 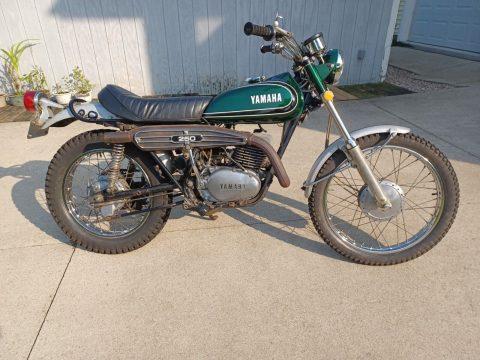 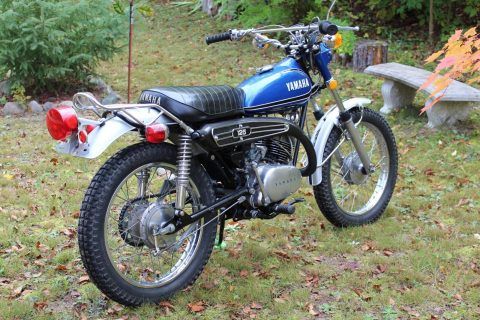 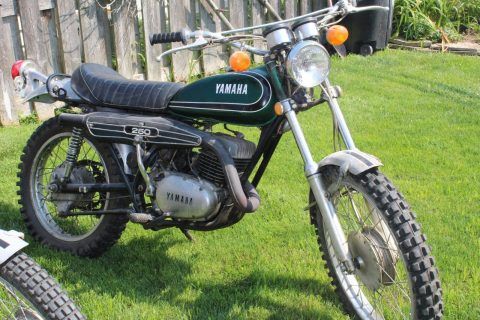